Over the last few weeks we were agonizing over what Glenn (one of our main characters) would look like.  Countless iterations were drawn up along with final versions, final-final versions.  It felt like we were getting nowhere.  Our advisors were sending us mixed messages (he’s too bland, he should be heavier, he needs that extra something).  After even more concepts were created, our project manager finally said, “let’s just pull the trigger.”  We chose our favorite sketch, and have now decided upon a design that we can all agree upon to move forward with. 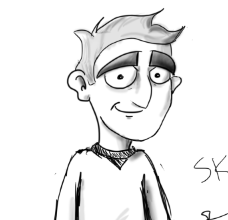 A week or so after that meeting, Ross and Ian came to the rest of the team with fleshed out, pristeen sketches for Coffeebot.  The entire team then came together to hash out the rest of the character design.  After another long arduous night of sketching, discussing, and erasing, we finally came up with a design that we were all happy with. 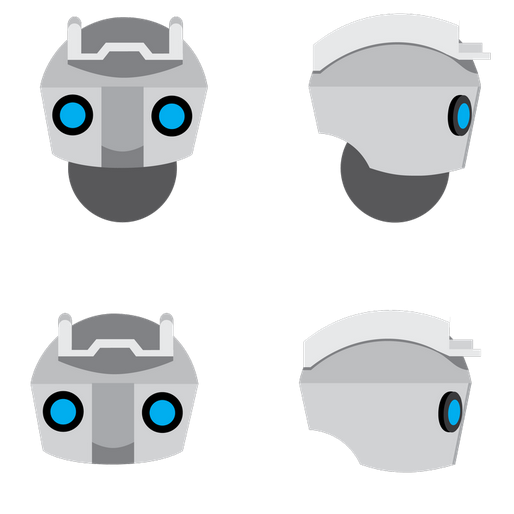 This is where it got complicated.

Less than a week after our meeting, I noticed that our latest design mildly resembles “Clank” from the Ratchet and Clank Playstation video games.  Even though neither Ross, Ian, or Chelsea have ever played one of these games and the design’s resemblance is purely coincidental, we feel that if we ever wish to push this project further than merely a “school project,” wemust change the design.  Over dinner one night I expressed my concern to Chelsea. After pulling up an image of Clank on my phone for her to see, all she could say was, “Shit.” Ross and Ian had similar reactions. We knew we needed to change it again.

After another quick meeting we realized an even bigger issue.  CB had become more robot and less coffee machine.  We consulted one of our advisors and he told us that he has “seen hundreds of different talking robots,” and our design should move, or act, in an unconventional, novel way.  We are trying to create a marketable, iconic, character that will basically be the face of our product.  This design is a big decision for us and will shape the entire project.  Part of the reason why we started senior project 3 months early is because we knew that we wanted to be able to devote a significant amount of time to pre-production.  These months were designed to allow us to deal with these kinds of decisions.

This, while discouraging, is part of the design process.  Good character designs aren’t usually created in one sitting.  Iconic, memorable character designs take thought, work, and time.  I think that part of us just wanted to be able to move onto the next step, so we were rushing the design of Coffeebot.  Another part of it was that we got blinded by creating a cool techie robot. However, our project manager, Chelsea, has rallied us with newfound vigor, and we are ready to restart the character design process.